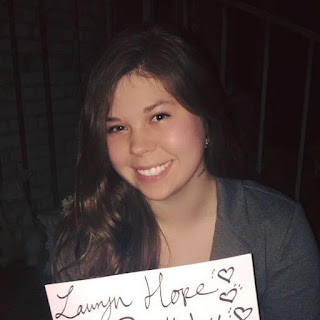 Lauren's goals as President of The Society of Professional Journalists are to instill solid networking skills, strong ethical morals, and an appreciation for the history of journalism and those who have dedicated their lives practicing and defending their rights to the Freedom of Speech and Freedom of Press. She looks forward to being President and hops to make this a memorable and rewarding experience for all members. 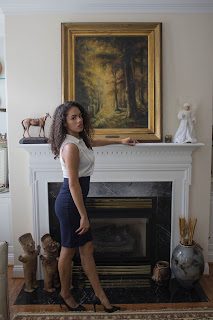 Sydney Cano is the Vice President for SPJ. Sydney is a junior studying Communication with a concentration in public relations and a minor in Spanish. She was formerly the Co-Blogger for SPJ and she is currently the Social Media Liaison for GMU’s chapter of Public Relations Student Society of America (PRSSA). She also runs her own fashion and lifestyle blog, sydneycano.com. She spent this summer as a digital communications intern for Becker Communications in Honolulu, Hawaii. Upon graduation she wants to work in social media or in fashion, or if all else fails become the queen of Spain. She can often be found at any coffee shop with cute aesthetic in DC or making heart eyes over Harry Styles. 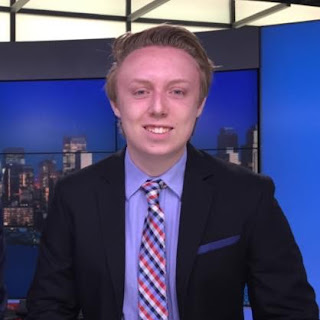 AJ Blomberg is the Events Chair for SPJ. AJ is a sophomore pursuing a Communication degree with a concentration in Journalism. He has served as an intern for the Washington Journalism and Media Conference and has previous experience in reaching out to high-profile journalists and arranging meetings, including ABC's Diane Sawyer and David Muir, as well as tours of Good Morning America, WABC-TV, WBTV, and WSOC-TV, among others. He is excited to bring his experience to SPJ and looks forward to a year full of exciting speakers and tours for our members. 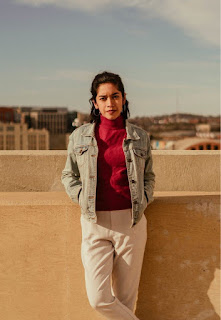 Dinanda Pramesti is the social media and public relations chair for SPJ. She is a senior studying Communication with concentration in Journalism and a minor in global affairs. She is also the culture editor for Fourth Estate, GMU's student run newspaper. This past summer she was an intern at WUSA9. She has both a background in broadcast and print journalism and in the future hopes to work as a multimedia journalist.

Manny Veizaga is the treasurer of SPJ. He is a senior majoring in Communication with a concentration in Media Production and Criticism and a minor in Film and Media studies. Manny was born in Bolivia but moved to the U.S. when he was 6 and grew up in the Northern, VA area. Aside from SPJ, Manny hosts a show on Mason Cable Network called "What's Up Mason?" where he talks with students about student life and national trending topics. Manny dreams of working in the entertainment industry. 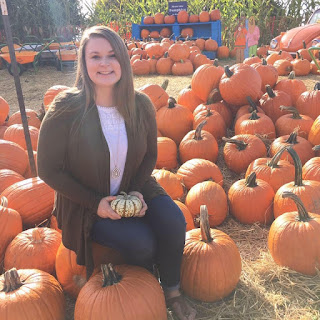 Lauren Sullivan is the secretary for SPJ. Lauren is a junior Communication major with a concentration in Journalism. Besides SPJ, she writes for Odyssey Online and is also involved in Gamma Phi Beta sorority. Lauren hopes to go into political journalism after graduation. 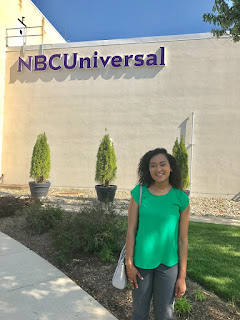 Bria Lloyd is the blogging chair for SPJ. Bria is a senior Communication major with a concentration in Media Production and Criticism and a minor in Sociology. Besides SPJ, Bria is an anchor and producer for Mason Cable News and a member of Tau Sigma Honor Society. Bria also runs her own personal fashion blog, The Ex Fashion Student and currently works with NBC4 as a street team member. She was also a newsroom intern at WDVM News in Hagerstown, MD this past summer.  In the future Bria hopes to become a broadcast journalist.

Popular posts from this blog 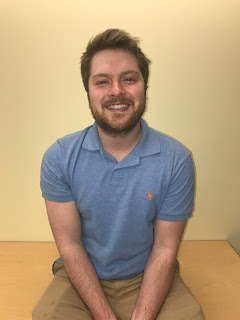 Daniel Brunjes has been a member of SPJ since Fall 2017. He comes to us after transferring from the University of South Carolina where he studied film. He is now a Junior at George Mason University with a double major in Communication with a concentration in Journalism and Global Affairs with a concentration in Media, Communication and Culture. Brunjes is from McLean, Virginia where he currently resides with his family. In the future, he aspires to be a foreign correspondent. "I double majored in communication and global affairs because I want to be journalist and global affairs offers the specialization I need to become a foreign correspondent," said Brunjes. His ultimate goal would be to someday work for The New Yorker , BBC or VICE . Something you may not know about him is that he spends his free time researching interesting facts. Thus why we refer to him as the life-long learner of our group because he is always actively seeking out new information. Other interest
Read more 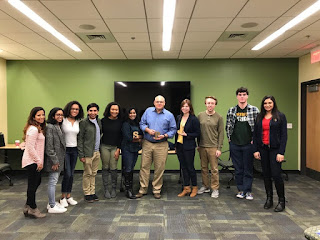 On Tuesday, November 28th we had the pleasure of hearing from Amos Gelb. He is currently the director of Washington Media Institute and former senior producer for CNN's Investigative Reporting Unit. He's taught at George Washington and Georgetown. Gelb has also won many Emmys and other awards. He asked us: "Where do you think you're going and what do you want to do?" He said that at first we say what we think would be acceptable and there's a sense of guilt when we say what we truly want to do. According to Gelb, the older generation has messed up the younger generation's mindset because they've instilled a set of values. They're holding onto traditional jobs and not allowing for younger people to venture out into new career paths. He believes that local news in going to die because a majority of the stories aren't the best that they could be. Also most people these days watch news on their phones and not on TV. He stated that Donald Trum
Read more 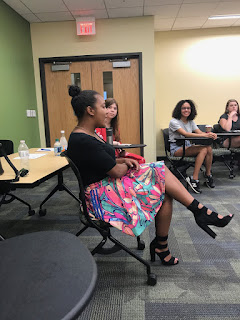 NBC Washington Social Media Producer and On-Air Contributor Brittany Johnson! For our 9/26 meeting, we had the pleasure of meeting the Social Media Producer/On-Air Contributor from NBC Washington, Brittany Johnson! She started off by giving us background information about her life. In 2013, she graduated from the University of Maryland with a degree in English. In college she began a blog and had amazing internships all throughout her time at UMD. Every summer she interned for media companies such as E! News in Los Angeles, MTV, TMZ, WKYS and Sirius XM. Once she graduated college, she was ready to find a career and enter the work force!                 She stressed the importance of networking. Once she got out of college, she knew she had to "create a job for herself." One day she was at an NBC at charity event and she met someone who she gave her contact information to. Then, 3 months later Ms. Johnson was contacted by NBC and was scheduled for an interview.
Read more